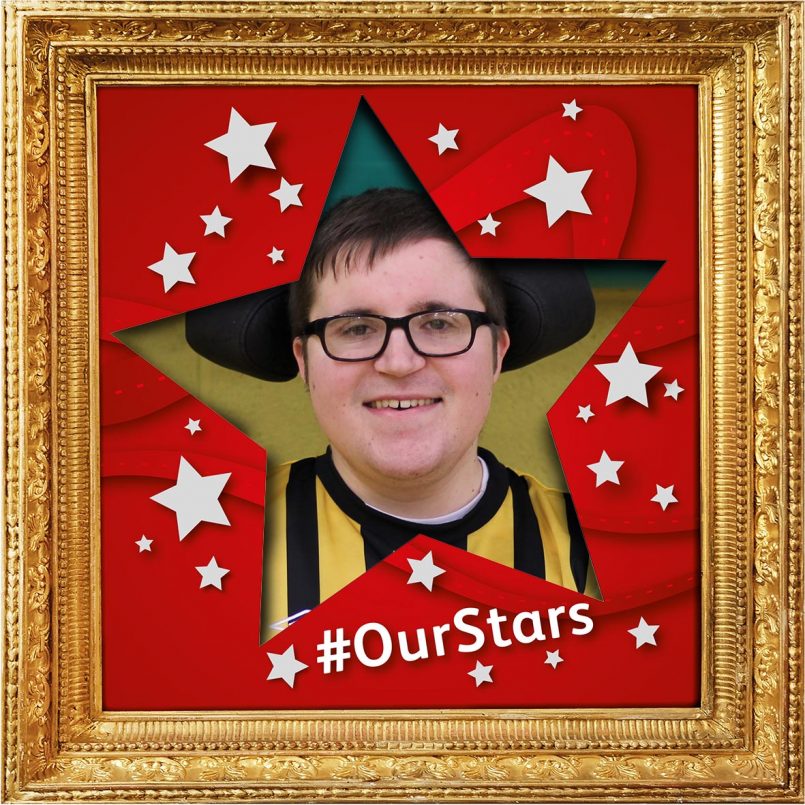 We catch up with the team captain of the Electric Eels, one of the beneficiaries of our #OurStars 100th Anniversary Charity Fund.

A little bit about yourself…

I began playing powerchair football in 2012 after attending a taster session. I knew from the minute I got into the chair that this was the sport for me. Within two years we made our debut in the national league championship (the second highest league in the country) and with each season we have improved our league position.

Hull: The redevelopment of Fruit Market area is amazing. It has become my favourite spot to have a cup of tea and socialise with friends.

Music: I enjoy listening to all types of music from the latest chart music to country music. Also, I love listening to the talented artists that we have in Hull such as Jack Conman, Ben Rainey, Bud Sugar, Love Our Records – the list goes on.

Food: I really enjoy a Sunday roast dinner but why wait until Sunday? A roast dinner is good on any night of the week, especially as it starts to get darker.

And, finally, a couple of questions…

Tough question… I’d like to meet Adam Hills, the Australian comedian renowned for his show on Channel 4, ‘The Last Leg’.

If your wishes could be granted, what would you ask for?

It’s always been my dream to represent my country in powerchair football. I won’t stop training hard or playing the best I can until I’ve achieved my dream.

Hull & East Yorkshire Powerchair Football Club was established in 2012 by the parents of disabled children and young adults and has 26 registered players. They have two teams who compete in leagues that suit their level of play. The Electric Eels first team play in The MDUK Championship and the North East Regional League Premiership, while The Electric Eels Academy plays in the North East Regional League Championship and the Yorkshire League.

The club’s main aim is to allow physically disabled people to play a fast-paced team game, something that most members have been unable to do previously. It is the club’s belief that participating in sports gives a huge benefit to disabled people and allows them to build teamwork, nurtures friendships and helps to boost confidence and self-esteem. One of the Electric Eels’ youngest players is currently performing at National League level and was selected for an International training camp in Paris last summer.

Not all players compete; some come for social aspect. Attending the club is a way of getting out and making new friends which gets them away from the normal day to day troubles of living with a severe, and often life-limiting, disability.

As a registered charity, the Electric Eels raise funds for training facilities and for providing special chairs required for the sport which can cost up to £8000 each.

Kai Gill says, “most of our players thought that they’d never experience the thrill of scoring a goal or coming from behind to win a game. This gives disabled people a sporting purpose and an immense amount of enjoyment.”