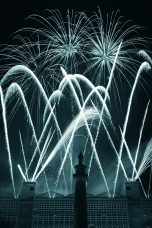 On Wednesday 20th November it was announced that Hull has been successful in winning its bid to become the UK City of Culture in 2017, beating strong bids from the other shortlisted cities; Swansea Bay, Leicester and Dundee.

The announcement followed almost a year of hard work from people and organisations across Hull in pulling together a great bid, conveying the messages “Hull Wants It”, “Hull Needs It” and “Hull is Ready to Deliver”. The public support for Hull’s bid only served to strengthen our submission with a targeted social media campaign which had #HullYes trending on Twitter 6 times during the process; eclipsing that of the other shortlisted cities. A presentation video, also available to view via our website, was viewed over 70,000 times in under a week and has now received over 96,000 views.

The judging panel made a unanimous decision to award Hull the City of Culture status, being impressed by the city’s “Hullness” and the overwhelming public support showing how much the city wanted it.

The local business community has exceeded expectations with the Hull 2017 Angels, beating the original target of finding 10 business supporters with 22 current sponsor companies signed up. Neill & Brown are proud to have been the first of the Hull Angels to sign up. Peter Brown says, “As a World Trade Centre Director and CEO of Neill & Brown Global Logistics, one of Hull’s Angels, I have a huge interest in helping the area to succeed and in contributing to the wealth and wellbeing of our communities. This is the best news the city has had in a long time and it demonstrates how powerful we can be if we collaborate. It is an enormous boost and we can now look forward to the presentations and all the further partnerships it will bring.”

Now the hard work begins as the City of Culture team begin to coordinate a full 365 days of activities.

A huge congratulations and a big thank you to everyone involved in Hull’s successful bid from all here at Neill & Brown Global Logistics.