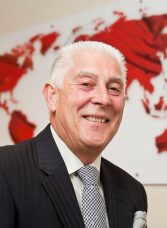 It has helped strengthen the international element of the bid with ambitions to attract the World Trade Centers Association General Assembly to the Humber during the year of culture.

If successful, more than 300 business people from 80 countries would visit for the three-day conference to develop international trade links.

The idea to bring the event to the city was put forward by WTC director Peter Brown and former WTC director Rob Penrose after visiting Mumbai to attend the 2013 General Assembly.

“We hope we have contributed to a successful outcome for Hull in the UK City of Culture 2017 competition with our idea to bring this major international business conference to the city,” said Mr Brown, who is also CEO of Neill & Brown Global Logistics.

“If we gain the City of Culture title, it will in turn massively strengthen our bid to the World Trade Centers Association.”

Lindsay West, another WTC director and founder of the annual gaming and content creation conference, Platform Expos, also believes that the growth of the digital conference will strengthen Hull’s credentials.

“The ultimate goal of the Platform initiative is to use the creative digital sector to bring new, sustainable employment to the Humber, and we hope that our track record will help persuade the City of Culture judges that we are creating our own opportunities.”

World Trade Centre Hull & Humber is currently working on fulfilling its development plan that was published during the summer. The key elements include:

• Supporting the development of the renewables sector

• To create a World Trade Centre hub in Lincolnshire