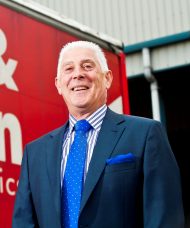 World Trade Centre Hull & Humber has set out its ambitions, which include bringing a major global business conference to the city.

Capitalising on its international links, the centre’s new development plan aims to enhance the activities of organisations engaged in the Humber’s economic development.

The not-for-profit, private sector run business which has operated from Hull’s Queen Street since 2010, is part of a global network of world trade centres and the only active centre in the UK. It has become a home for the Humber LEP, UK Trade & Investment, Team Humber Marine Alliance, Hull & East Yorkshire Bondholders and Language is Everything.

Its development plan calls for further collaboration from the public and private sector in order that it can make the most of its valuable international links to assist the Humber.

Central to its activity over the next 12 months will be a bid to hold the World Trade Centers Association General Assembly in the Humber region in 2015 or 2016 – an event that would attract up to 500 delegates from 80 countries. The plan also sets out the inention to engage more closely with other World Trade Centres in countries that are well placed to trade with the Humber.

The key elements of the plan are:

Rob Penrose, a WTC director and managing partner of Andrew Jackson, said that the centre was uniquely placed to help the Humber region reach its goals.

“We operate independently but in partnership with key public and private sector organisations operating at the centre. Having seen how effective this close working is, we want to take it to the next level so that we can play a key role in the Humber’s future economic prosperity.

“By becoming a comprehensive business hub, we would massively simplify the sourcing of information for companies with an interest in the region, encourage greater collaboration and demonstrate a united approach.

“It will also give us the tools to help increase the Humber’s international profile through the World Trade Centers Association network.”

Peter Brown, CEO of Neill & Brown Global Logistics and a World Trade Centre director, said: “We have an amazing ports complex, great companies and great education. We want to play our part in creating international recognition that UK opportunities are not just around London.

“This plan pulls together the areas where we feel we can really make a difference.”

Mr Brown and Mr Penrose have just returned from the World Trade Centers Association General Assembly in Mumbai, where they forged new international relationships and were inspired to further utilise the network for the Humber’s benefit.

The development plan has been written with the two other directors of World Trade Centre Hull & Humber, Carolyn Burgess and Lindsay West, and has been agreed by the 10 official partners. They are HSBC, Henderson Insurance Brokers, KC, Mapa PR, Smailes Goldie, Select Group, Andrew Jackson, Garthwest, Language is Everything and Neill & Brown Global Logistics.